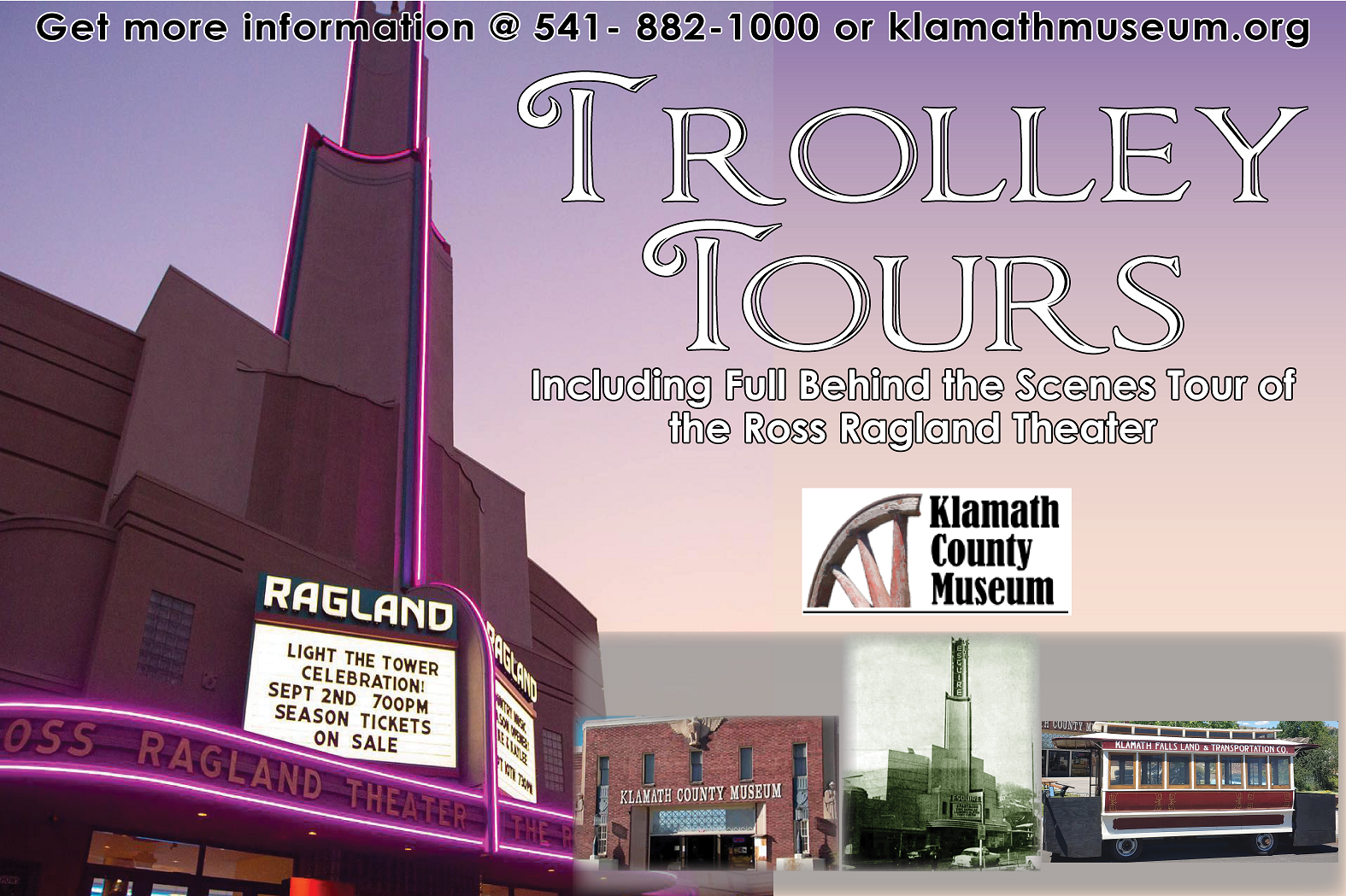 A trolley-ride tour of historic theater sites in downtown Klamath Falls will be offered on various dates through the summer.

The tour program is cosponsored by the Klamath County Museum and the Ross Ragland Theater. Cost is $15 per person for the two-hour tour, which will be offered on the Saturday mornings of June 25, July 2 and July 9.

“There are several sites in the downtown area where theaters have operated, starting from the late 1800s up to the current day,” said museum director Todd Kepple. “There is quite a bit of ground to cover, and so we thought our streetcar trolley would be the best way to conduct this tour.”

The event will conclude with a backstage tour of the Ross Ragland Theater led by Executive Director Samantha Burris, with discussion of the building’s earlier existence as the Esquire Theater.

Refreshments will be served during the tour.